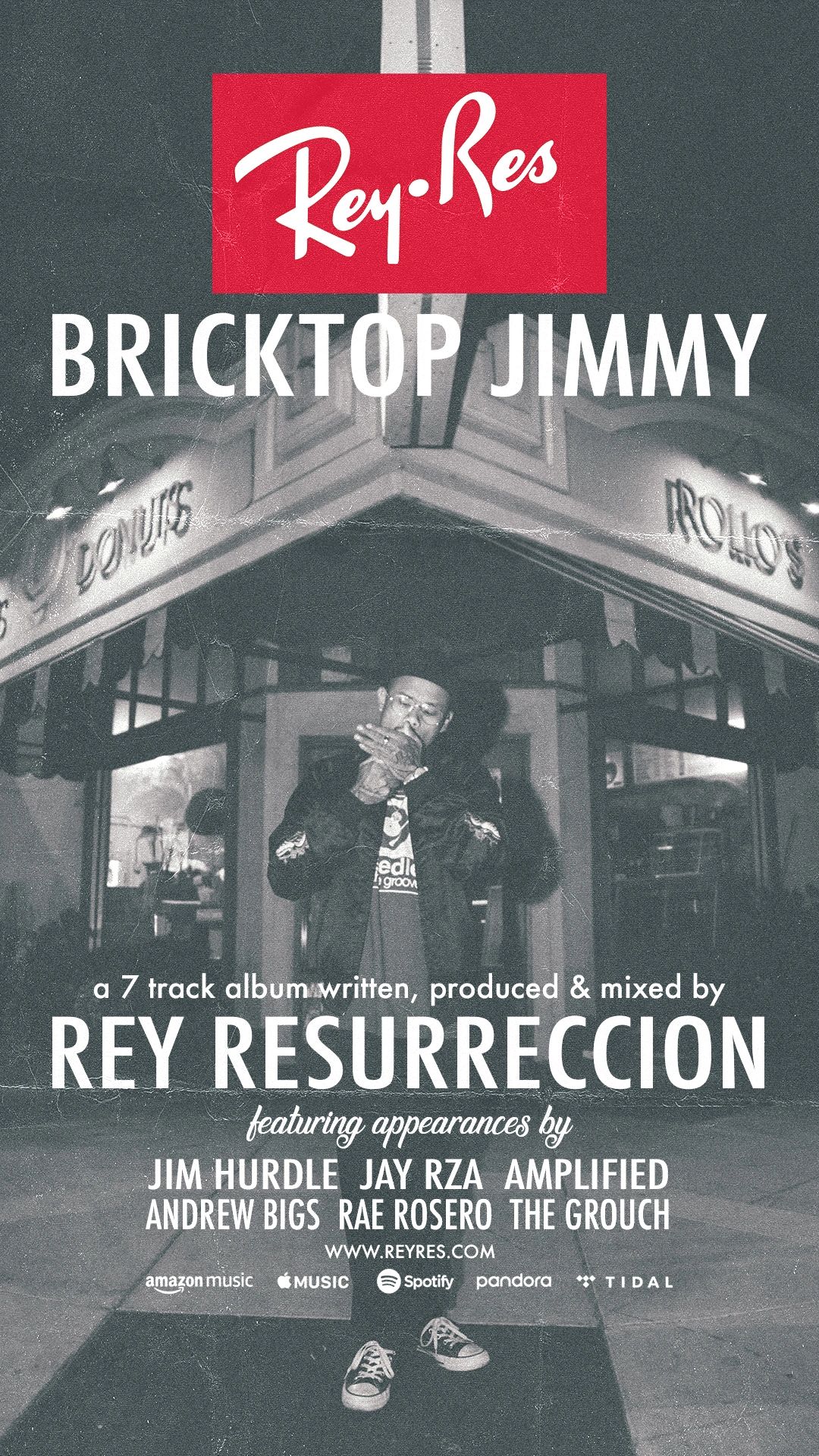 San Jose, California recording rapper / producer / sound engineer Rey Resurreccion comes with a smooth, laid back style over a combination of hard drums, original compositions, nostalgic samples, and heavy synths. Resurreccion has spent over a decade honing his craft not only as an emcee, but also as a producer, engineer and musician. Rey Res has been on the move throughout the years, making a lot of noise in the States and beyond. While simultaneously strengthening his internet buzz Rey has toured throughout the United States and independently released a catalog of work.

Here's the latest single from my group, Catch Lightning - Superstition

New music from The Grouch. I produced "Pretty" on his new album Unlock The Box.

I recently teamed up with San Jose MC, Dirtbag Dan, and produced this entire EP.

Sign up to hear about upcoming shows, albums, and events.